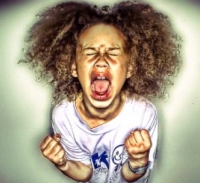 okay I admit it, up until a week or so ago I haven’t been here in like….ages. y’know how it is… there’s always a bijillion things that need doing and only half a bajillion hours in which to do them.  the way I figure- that means not a hell of a lot of time to do the stuff I want to do as opposed to the stuff I have to do.  wow THAT was too long an explanation as to why I’ve not been here in like…ages.

anyway since I started my Covidcation I AM busy…busy doing a whole lot of nothin’…carousing the internet and laughing to myself over all the idiotic things people are saying and doing on social media platforms. I swear if I see one more picture of someone standing there with his or her tongue out…. hey now THAT is really somethin’ huh? what a talent-so uplifting- so expressive-so….inspirational. but not altogether purposeless- it energizes my next rant.

nah forget it – it’s not really all that rant worthy- just the same old complaining and arguing with shadows.  So- here I am sitting in front of a blank monitor -chewin on my hair and  wondering where to begin

so recently I noticed a bird infestation around the neighborhood- I mean  I’ve been seeing a lot of these wooden stork/baby arrival signs planted on front lawns. IT’S A GIRL! IT’S A BOY!  IT’S A GIRL A GIRL AND A BOY.!!!!! ..you know the kind of thing I’m talking about…whew-August and September must have been some busy months in the love department….but oh my goodness some of these baby names. Let’s see – there was a Payn…a Rebel… Potter..Merrinia- Merrinia? sounds like the name of an antidepressant…do not take Merrinia if you experience nausea..dizziness or sleeplessness-in the case of sudden death discontinue use of Merrinia. Aaaaaanyway the name list goes on and  on. Judiginess aside I’m one of those who thinks the surname should weigh in heavily when naming a kid.

I remember composing a list of names when I was awaiting the arrival of my own sweet petunia. In the back of my mind I had a bunch of names I that I liked forever…if forever is defined as ever since I even thought I might have a child one day. Over the course of time some names were bumped off my fav top 10 girls names and boys names- I actually never really could come up with 10 boy names and alternately I’d change the order of preference for the 4 or 5 that were on the  ‘boy’ list.  And though there were names I loved -in good conscience could not add them simply because I knew how absurd they were with the last name. Really… the kid has to deal with the consequences of mixing the ethnicities and shit….y’know?  Anyhow for me I always swayed to more traditional names- though I confess there was 1 or 2 that leaned more toward less common.

some people give their babies name that are…uh….not very conventional.  I guess there’s nothing wrong with a little variety when it comes to these sorts of choices but …oh come ON- the poor dearies gotta live with their names for a very long time- why make life more difficult than it already is? Don’t babies have enough challenges to start their lives off with? just balancing their heads is a struggle.

and while I’m on the subject I’ve noticed courtesy of Facebook and the like there are so many entertaining lists….the most unusual baby names -the smartest baby names- the trendiest baby names …so on and so forth. But surely at some point the aftermath of choosing a ridiculous name has to be considered-right?

who hasn’t snickered at a certain famed person naming her child after a fruit?

okay maybe that’s not exactly how it goes however naming the kid after something that grows on a tree is kinda silly.

and what about poor little Papaya- how is he coping with that kinda crap?

this is just my opinion but still. who wants to give their kid a name that’s going make them do something like this?

ideally the trick is to give your kid a name that will not trigger his or her desire to kick your ass at some point in the future.

so before you sign off on that birth certificate consider this- somewhere down the line your kid is gonna grow up -and when that happens you can presume he will have some kind of job.

think how this will look on a door plate-

unless he’s a proctologist I’d wager to bet….not good.

One thought on “a boy named sue- the reprise”